Pencil rough your cartoons or straight in with the pen?

I was recently asked on the procartoon.com Podcast Edition 4 if it would be better to pencil rough a cartoon first then ink over, or to dive in and just use ink.

When I first started cartooning I always thought that the top cartoonists could draw a perfect cartoon without roughing it out with a pencil first.  How wrong was I!

Even the very best sketch out the idea and often make several roughs in pencil before committing ink to paper.  I have a passion for collecting original cartoon artwork of some of the very best British cartoonists and noted some interesting marks on the finished work.

The Daily Mirror Newspaper, in the UK had a legendary character strip cartoon called ‘Andy Capp’ which depicted the daily life of male chauvenist husband ‘Andy Capp’  and his long suffering wife Flo’.

I was fortunate to acquire the original cartoon from Ebay and was interested and very pleased to see that Reg Smyth started with a pencil sketch then overlayed the finished ink cartoon.

I suppose the end result is really all that counts and if pencil sketching the cartoon first gets you there what does it matter?

The part that is debateable is ‘spontinaity’ when going over the original pencil rough with an ink pen.

Sometimes my pencil roughs can have a certain ‘something’ which is slightly lost in translation when inked over. This is because I am directly tracing not creating which can make the finished article look as though it has lost a little spontaneous flair.

Use a Lightbox to keep your cartoons fresh

To overcome this loss of sponyinaity I often use a lightbox which is an excellent aid to drawing in many ways.  For those of you who are not famiiliar with a light box – it is simply a drawing board that is backlit and usually with several levels of brightness to allow light to shine through paper.

I will create the first rough either in pencil or pen.  Then I place the cartoon on the lightbox and place a fresh sheet of standard 80gsm (copy paper) over the top.  I adjust the lightbox brightness so that I can make out the outline of the rough but not in such detail that I would be ‘tracing it’.

I merely use the original rough cartoon as a guide.  This works really well as the top ‘copy’ usually has it’s own flair and originality as it is a new cartoon and not a painstakingly copied image.

I got this idea from one of my favourite illustrators Quentin Blake who I am sure you will know for his fabulous cartoony illustrations in Roald Dahl’s childrens books.

I was fortunate enough to see him in action at the world famous Hay Book Festival a few years ago.  During his talk he sketched out of many of the characters in the books using just a pen.

However, I watched a video of his book illustration technique (see video below) and in it he demostrated the use of a lightbox using watercolour paper on the top layer.  If it was good enough for the great Quentin Blake then it would be good enough for me!

Since using this method I find my cartoons have much more life in them than simply inking directly over a pencil rough.  In addition the lightbox allows me to make variations on a single cartoon.

I have created a range of cartoon mug designs for brass bands and the characters in the designs were, in many cases variations of an original drawing.  The lightbox allowed me to quickly create similar characters holding different instruments without having to do a complete redraw.  It saved hours of work!

Other uses for the lightbox

Basically it could be seen as a lazy way of creating certain elements fast.  But! as I said earlier in the article, it is the end result that counts.  Why spend hours when you can make a creative shortcut that lets you focus on wheat you do best! 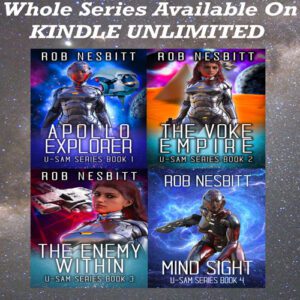 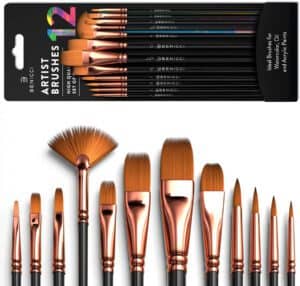