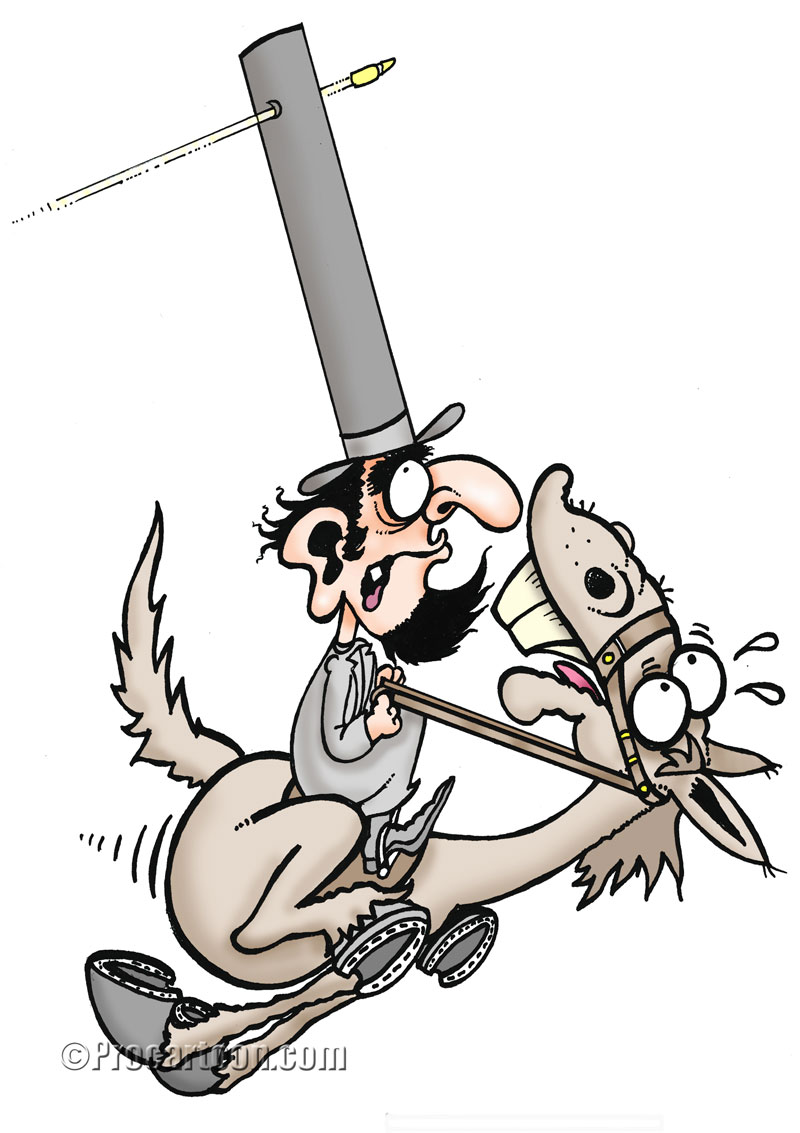 Abraham Lincoln – one of  the most famous Presidents of  the United States of America…but how many of these facts do you know?

Abraham Lincoln had little former education, but still managed to become a voracious reader. Lincoln’s appetite for learning helped him achieve an impressive self-education. When he began practicing law in 1837, Lincoln had no formal education or training pertaining to the field. Lincoln practiced law from reading, partnering well-respected lawyers, and using his instincts. Lincoln was known to only argue cases he believed in and never resorted to underhanded tactics to win cases.

2) Abraham Lincoln Was A Wrestler

Lincoln grew up wrestling in loosely organized bouts as a child and became quite adept at the sport. In his early 20s, Lincoln was drawn into a wrestling match with a bully living in town. There are many versions of what transpired during the match, most stories conclude that the match was a draw. During Lincoln’s political bids, his wrestling past was resurrected by his peers, often referring to him as a skilled wrestler.

3) Abraham Lincoln Used His Stovepipe Hat As A File Cabinet

Taking advantage of the space left by such a high hat, Lincoln often stored important documents like speeches and his bank book under his hat. It is thought that this practice began when Lincoln worked as postmaster in New Salem, Illinois. Lincoln would tote unclaimed mail in his hat band to deliver the letters personally to the recipient.

An animal lover, Abraham Lincoln did not participate in hunting or fishing, both very common past times in his day, because he had no desire to harm an animal. Lincoln even pardoned a turkey to appease his son, Tad while in the White House. Particularly fond of cats, there is a legend that the president seated and fed his cat, Tabby, from a golden fork during dinner at the White House. 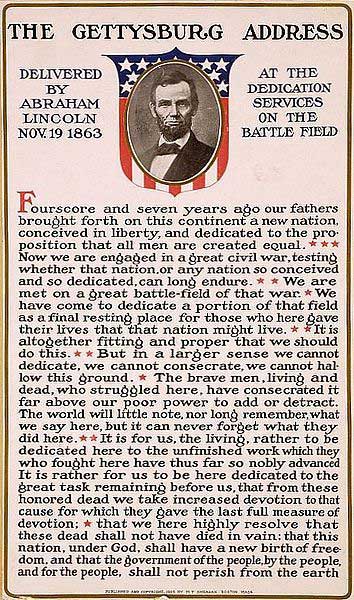 In November 1883, Lincoln arrived in Gettysburg, Pennsylvania following one the bloodiest, most deadly battles of the Civil War. After surveying the death and destruction wrought by the battle, Lincoln gave one of the most revered, influential speeches in history. The Gettysburg Address was meant to solidify the purpose of the war and to honor the lives lost in the pursuit of freedom and equality.

Following the tragic, premature death of their young son, Willie, Mary Todd Lincoln tried to find an outlet for her grief. She stumbled upon the Spiritualism movement and began hosting séances at the White House in the hopes of contacting their son. The president is believed to have joined his wife for a séance, but it’s unclear if this occurred during his presidency. Lincoln was a known skeptic, but indulged his wife, not wanting to squash her hope of contacting their son once again.

In 1864, an unknown assailant took a shot at Lincoln as the president rode on horseback near the White House. Lincoln’s stovepipe hat is often credited with saving his life. The bullet went through the top of the hat and the hat was knocked from the president’s head. If the president had worn a more conventional hat, the gunman’s aim may have actually met its mark. 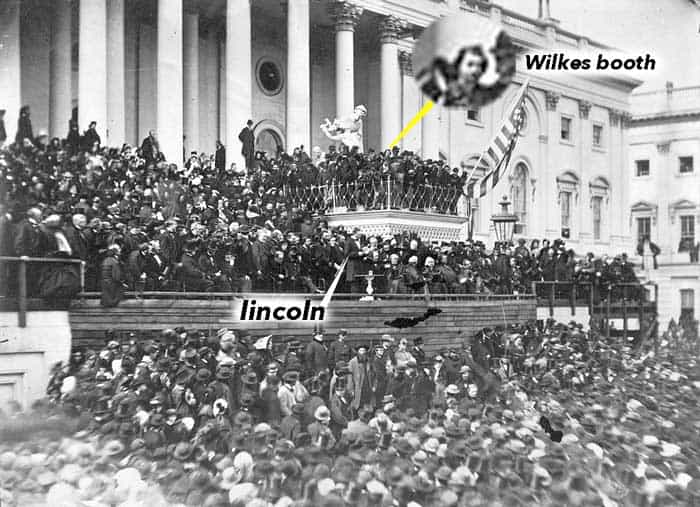 At Lincoln’s inauguration for his second term as president in March, 1865, Lincoln gave a speech surrounded by his contemporaries. Among those in the crowd was John Wilkes Booth, the man who would assassinate Lincoln, only a month later. The speech was photographed by battlefield photographer Alexander Gardner. Booth’s presence in the photograph was not identified until the 1930s by an historian.

9) Abraham Lincoln Dreamed Of His Own End

Ten days before Lincoln was shot, he confided in a friend a disturbing dream he had. Lincoln described a scene in his dream of a room full of mourners sobbing in the White House. Lincoln, in his dream inquired about who had died and was told that the president had been assassinated. The dream justly bothered Lincoln until he was killed on April 14, 1865.

Abraham Lincoln had been laid to rest in an above ground tomb Springfield, Illinois. In 1876, a group of inept criminals got the notion to steal the deceased president’s body and ransom the remains for a cash profit and a pardon for an incarcerated colleague. Unbeknownst to the gang of would-be grave robbers, a government informant was among their circle and word was sent to the cemetery of the plot.

In the dead of night, the cemetery caretaker and several friends re-buried Lincoln in an unmarked grave to thwart the robbers. The group of criminals was arrested and the plot never went beyond the planning stage. The secret of Lincoln’s new location, however, remained guarded until 1901, when Lincoln’s only surviving son had his father buried in a reinforced tomb.

Did you know all 10 interesting facts about President Abraham lincoln?  If you would like to see some more interesting events in American History illustrated with cartoons from pro cartoon.com please follow the link.