The Meaning and History of Thanksgiving

What is the true meaning of thanksgiving?

Each year, on the fourth Thursday in November, the United States celebrates Thanksgiving Day. The holiday has become a time for families to come together and enjoy the year’s blessings, and one of the hallmarks of this holiday is the presence of a beautiful dinner table decorated with fruits and produce that symbolize bounty. So what is the true meaning of Thanksgiving and how has the meaning and history of Thanksgiving evolved over time?

The People of the First Thanksgiving

The first Thanksgiving was as an expression of gratitude, and it is good to look back on how this celebration came about and who made it possible.

The Pilgrims came from England and traveled to the New World aboard the famous Mayflower to seek religious freedom. They were a group of people who believed that they could not be true to their faith under the Church of England. They called themselves “Saints” because they wanted to live lives that were pure and devoid of excesses and frivolity. In England, they were referred to as “Separatists” and they often faced persecution because they did not want to be part of the official church.

The voyage aboard the Mayflower was by no means easy; the ship sailed from Plymouth, England on September 6, 1620 and arrived at the New World 66 days later. It was a difficult trip for the 102 people who dared to make it. The sea was stormy, passengers suffered from seasickness and poor living conditions, and two people died during the journey.

When the Pilgrims arrived at Cape Cod they discovered an abandoned Indian village and they settled there. This was where a group of Wampanoag Indians had lived. Cape Cod and the areas now known as Rhode Island and Massachusetts were territories of the Wampanoag tribe.

The Wampanoags hunted and gathered food from the land, but they also grew maize, beans, and squash. They lived in houses knows as wetus, dome-like huts made of grass arranged over a frame of wood and sticks.

Around 3,000 Wanpanoags today still live in Rhode Island and Massachusetts. The United States government has also set up a Wapanoag reservation in Martha’s Vineyard.

A New Life in the New World

The Pilgrims would find out that settling in the New World was an even greater challenge than the 66-day voyage aboard the Mayflower. But this community was made of people determined to build a new life for themselves, and they were ready to work hard to make their dream come true.

When the Pilgrims found the abandoned Wampanoag village, they saw that it had abundant water, a good harbor, and fields that had been cleared and could be used for planting. The Pilgrims set to work to build a place where they could live.

For months the Pilgrims lived on the Mayflower while houses were being built in the village. The cold, the limited diet, and the general hardship of living on the ship during that first winter took its toll on their community. At the end of their first year in the New World, only 52 people of the Mayflower’s original passengers had survived.

Building a Town and Friendships

On March 21 1621, soon after the Wampanoags and the Pilgrims began to communicate, they agreed on a six-point treaty that would be mutually beneficial. This was signed by the Pilgrim leaders and Ousamequin (also named Massasoit), the leader of the tribe.

The treaty included the provisions that neither party would do anything to hurt the other and that anything stolen from either community would be returned. Weapons were not to be brought to meetings, and the two groups would serve as each other’s allies if there was war. From the Wampanboags the settlers learned how to grow corn and how to survive in the land.

After everything that the Pilgrims had gone through, their first harvest was truly a time for celebration. This took place in the fall of 1621, more than a year after they set sail for a new life in the New World. This occasion was doubly significant in the light of the Pilgrim’s way of life because they did not believe in lavish parties.

In a sense, the first Thanksgiving was more than a feast; it had a deeply spiritual and religious significance as an acknowledgement of God’s providence. This first gathering lasted all of three days.

The People Who Sat at the Table

The small community that had managed to survive was joined during the feast by around 90 members of the Wampanoag tribe and their leader, Massasoit Osamequin. Some narratives today say that the Wampanoags actually came without invitation to the celebration which, according to Puritan ways, would have been a private and strongly religious affair.

Nevertheless, the Wampanoags were welcomed as guests because the colonists had learned much from them. The Wampanoags had taught them where to fish and hunt, what plants were edible and what were not.

It is said that the Wampanoags came to the gathering with a substantial Thanksgiving grocery list of deer meat, turkey, rabbit, corn, beans, and squash. In hindsight, they changed the activity from the usual three days of Puritan prayer and meditation into a joint celebration of people who belonged to two distinct cultures and yet lived in brotherhood.

Today’s Thanks giving dinner is vastly different from the food set at the table on that first Thanksgiving. If turkey was served at all, there is no mention of it in historical records. Take note that neither cranberry sauce nor mashed potatoes were present at the Plymouth table in 1621. Mashed potatoes first appeared in the 1700s; cranberry sauce as it is known today was only invented in the early 1900s – a contemporary of another perennial Thanksgiving favorite, the pumpkin pie.

Most likely duck, plentiful around the bay, was served, and it was probably roasted. Other meats – rabbit, possibly chicken, and venison may have been part of the fare. These would have been served with lobster, fish, cabbage, carrots, eggs, and goat cheese.

Thanksgiving as an Official Holiday

Thanksgiving has come a long way from that first spontaneous celebration, and it has become a national holiday. In 1789, George Washington first declared that November 26 would be a national day of thanks for the new nation and its constitution. In 1863 Abraham Lincoln affirmed the importance of Thanksgiving but declared that the last Thursday of November would be set aside as the holiday for it.

Later, in 1939, President Franklin D. Roosevelt moved the date to the third week of November – presumably to stimulate the economy by giving consumers a longer shopping period before Christmas. Finally, on October 6,1941, a resolution by both houses of the Congress of the United States fixed the date of the holiday on the fourth Thursday of November.

The true meaning and history of thanksgiving has changed over the centuries but still has the basic purpose.  Thanksgiving is one of the best-loved holidays in the United States today. This holiday has become a time for family and tradition, a time for fun and rest in an all too busy and stressful world.

Many families who come together on Thanksgiving will start the meal with a prayer and possibly drink a toast somewhere before dinner is done. Most dining tables will be groaning with food but will give a beautiful turkey pride of place – along with the usual potatoes, pumpkin pie, cranberry sauce, and stuffing.

However, in addition to these customary foods, more and more households are incorporating ethnic dishes at their Thanksgiving feasts. It is not unusual for Korean American families to include a platter of Korean barbecue as part of their spread, and noodles will inevitably make an appearance in most Asian American homes. This culinary fusion can be seen as symbolic of how two or more cultures can come together in a day of thankfulness. In a way, this is very much in keeping with the spirit of the first Thanksgiving.

Thanksgiving in the U.S. is on the fourth Thursday of november.

Thanksgiving in Canada is on the second Monday of October as Canada is further north with an earlier harvest. 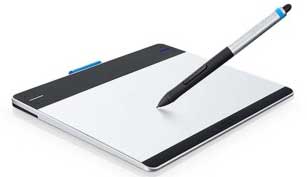