First man on the Moon Goes to Louisville, Kentucky!

I hade an e-mail a couple of months ago from Cindy Genung of the HWH Corporation who supply hydraulic steps for Recreational Vehicles.  She asked if HWH Corporation could use my first man on the moon cartoon featured in my article ‘10 Major Historical Events in American history‘.The cartoon in question  depicts one of Neil Armstrongs legs coming out of the landing capsule on the moon in 1969. 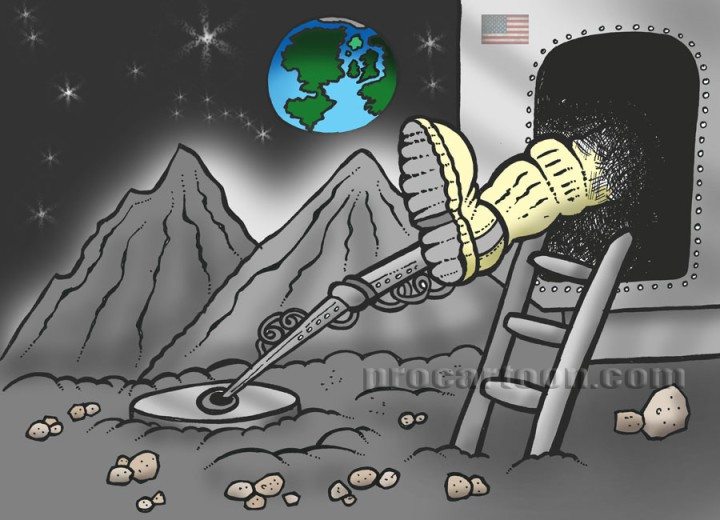 Cindy explained that the cartoon would be used as part of a promotional display of hydraulic steps (much more refined and practical than those in the cartoon!) in the RVIA (Recreational Vehicle Industries Association) Exhibition at the Louisville Exposition Centre, Kentucky. The annually held exhibition features over 30 manufacturers and 200+ suppliers of recreational vehicle related equipment, products and services.

After a few e-mails back and forth I was delighted for her to use the cartoon.  The RVIA Exhibition finished in early December and Just after Christmas Cindy kindly sent some photo’s through of the cartoon as it appeared on the HWH Corporation stand. 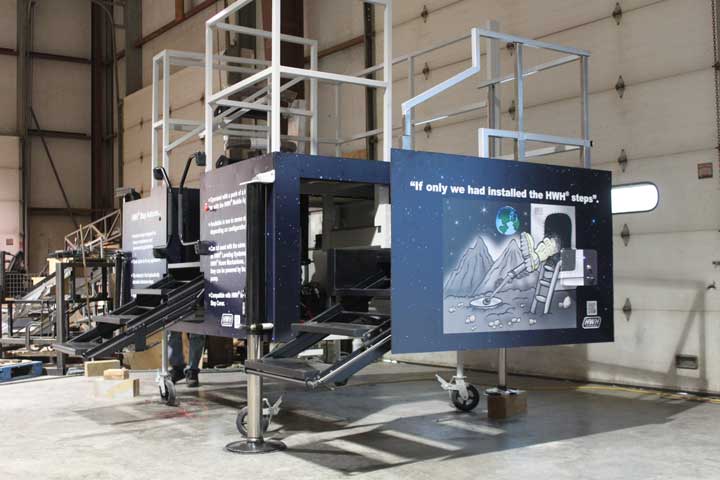 I didn’t quite know what to expect but I have to say that Cindy made a great choice (says me smugly!!!) as it fit’s in perfectly with the product. 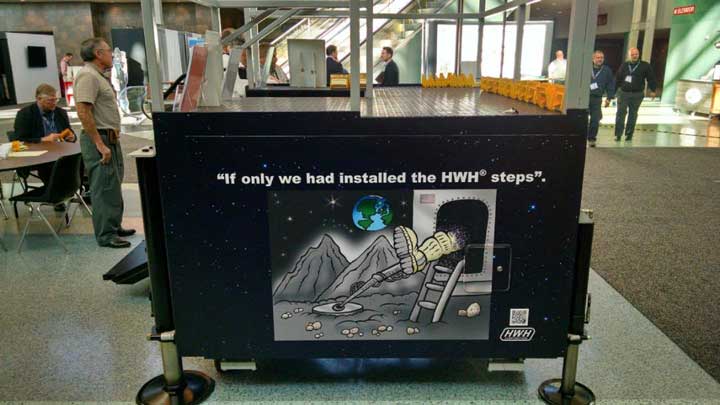 It is great to see your artwork on line but even better when it is used for a practical purpose and done in such a clever way for this trade stand.  I often get requests to use my cartoons but most of the time don’t see the end result.  This was the exception to the rule and I am very impressed with the way it has been used and featured.

If you would like to visit the RVIA Exhibition at the Louisville Exposition Centre, Kentucky visit the RVIA web site for details and tickets here… n.b. it is not open to the general public – trade only.

If you would like to use any of my cartoons  please ask for permission first through the contacts page – I usually say yes!